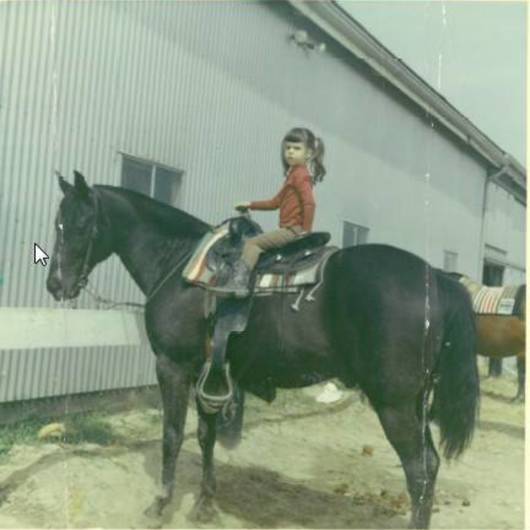 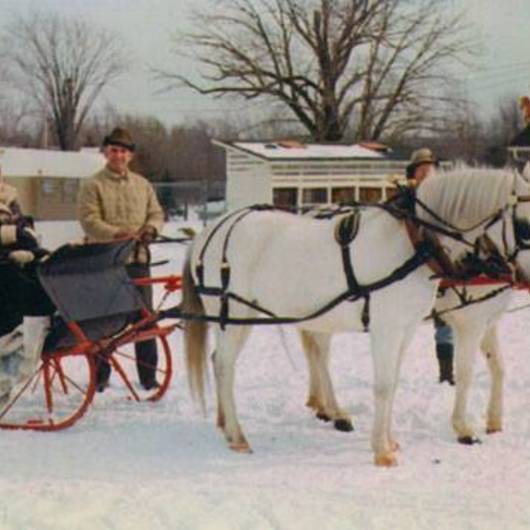 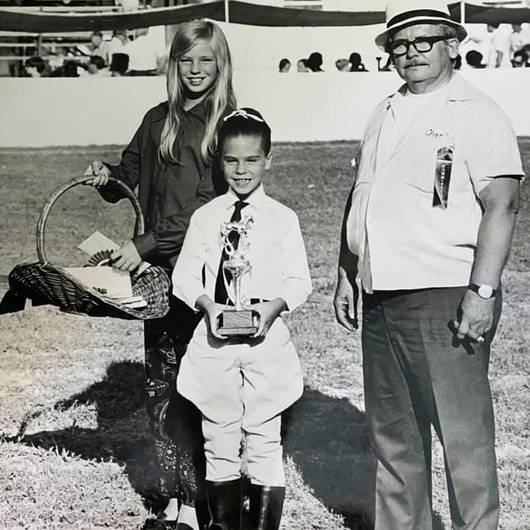 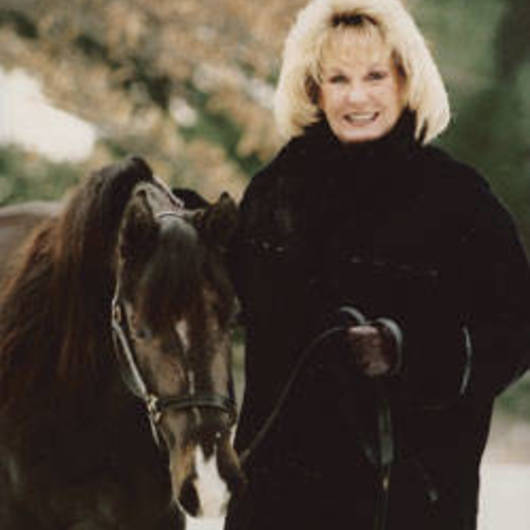 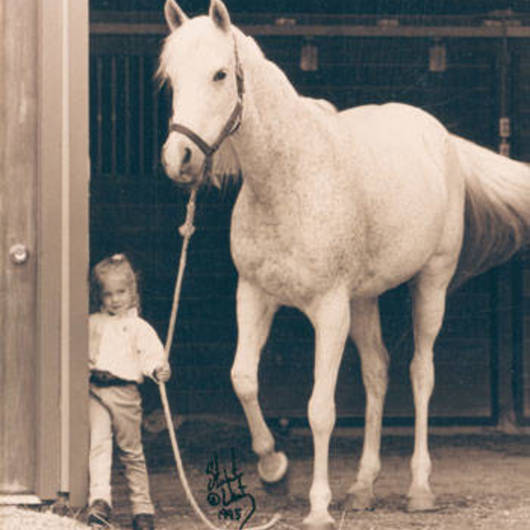 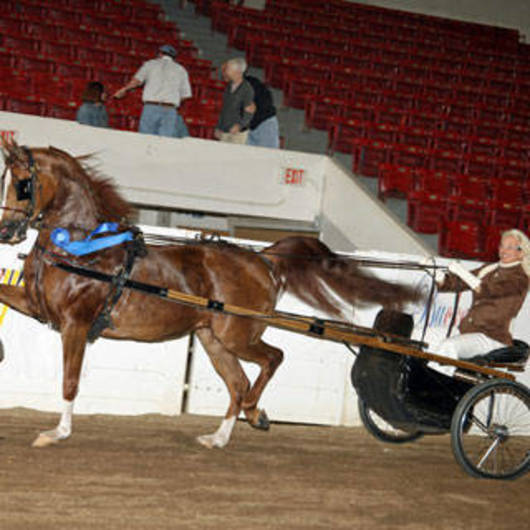 C. Jarvis Insurance Agency is a family-owned business founded by Charles C. Jarvis in 1946 and currently owned and operated by Charles’ daughter Patricia and his granddaughter Kimberly. The Jarvis family has lived and worked in the lush and beautiful horse country of Ohio for generations, and has been personally involved with Arabian horses for over a half-century. Though Charles Jarvis did not personally own horses, he was particularly fond of them and was recognized throughout the state as a major horse show benefactor and class sponsor. As time passed Patricia and Kimberly Jarvis grew up riding and exhibiting horses. Their involvement with horses, especially Arabian horses, was a major factor in their focus on the importance of horse insurance, as each of them became an integral part of the family business.

In America in the 1960s Ohio was a wonderful place to see and obtain Arabian horses. There were a dozen breeders in the state, including Lodwicks, Mar-Darr, Hawk Hill, Locust Farm and Walnut Valley, original home of Kay and Dick Patterson’s Arabians. During this time period local, horse-crazy Ohio kids and Arabian horses found each other quickly. The Arabian became the horse to have in 4-H, the FFA (Future Farms of America) and other like groups. Today, Ohio and Kentucky Arabian horse owners, breeders and trainers frequently admit that they got their start with an Arabian horse from the Ohio Valley.

“I started riding grade horses at age three or four and our first Arabian horse came along in the late 1960s,” Kimberly Jarvis says. “His name was El Raton, a grey Crabbet and Egyptian gelding bred by Dick and Kay Patterson. The Pattersons were our neighbors in Ohio at the time. They went on to import, purchase and eventually breed some of the truly great Polish and Russian Arabians. They are the breeders of Negatraz and Monogramm, among many other important horses. They helped to spark our interest in the athletic and beautiful Polish Arabian and in insuring those horses being steadily imported into America.”

By the age of twelve Kimberly was showing El Raton in English and Park competition at the Class A level throughout the state. Grooming, feeding and riding her own horse, Kimberly epitomized the small, amateur Arabian horse exhibitor of the time.

“I owned one saddle, one bridle, one halter and a lead rope,” Kimberly laughs. “I did everything myself, from the stall cleaning to bathing and clipping the horse. There were no grooms in those days. If you wanted to show you did it all yourself.”

One of the biggest shows in the area at the time was the Ravenna Horse Show, a large, Class A, all-breed show that drew breeders and trainers from all the surrounding countryside. The park class for this particular show turned out to be an important event with a big sponsor, the newly opened Ohio Sea World and a four foot high trophy. Trainers came from everywhere to compete.

“It was a very big deal and I won the class that year,” says Kimberly. “I was only 12 and I beat all of those important, noted horse trainers. All the newspapers gathered to interview me and there were photographers. It was the most important occasion and success of my young life. It came at a very difficult time for me, and to this day that win with El Raton means more to me than any of my later, more glamorous national wins.”

Kimberly started working at the family business through her summer vacations during high school, and then in college as well. She went to work full-time in the business in 1979. She and her mother Patricia purchased the agency in 1986.The Jarvis Agency began insuring horses imported into America from Europe in the 1970s and 80s. Now the company offers worldwide coverage for horses traveling throughout the year for competitive and breeding purposes. Kimberly made her first trip to Poland in 1985 and the Middle East in 2000.As Jarvis Insurance Agency made the move from national to global coverage, it became actively innovative, developing new insurance protection within the equine world. Recently, the company has created a new policy that allows worldwide coverage for traveling equines. Jarvis can now provide coverage for horses any day, in any country, moving from one show or race to the next. What an incredible asset for the active, competitive equine, including race horses, show horses, Olympic competitors and broodmares en route to the court of an important sire. It’s reassuring for the horseman to have this important part of global equine business efficiently handled prior to shipping between countries or flying between continents.

“I designed this policy specifically for the well-traveled, modern equine competitor,” Kimberly says. “The horseman can put his horse on a plane and go. He doesn’t even have to call the Agency. It’s called the Worldwide Equine Mortality Insurance, and to my knowledge there’s no other coverage like it anywhere.”

Kimberly’s personal involvement with the Arabian horse has been a great asset in her quest to comprehend the universal insurance needs of the horseman. It’s also helped to create the “cutting edge” coverage and policies for which Jarvis Insurance is known internationally.

“Arabian horse breeders and trainers are always among the important leaders and innovators in the equine industry,” says Kimberly. “They’ve collectively provided me with a great insurance forum. It’s an aggressive industry, filled with ideas and high energy. They always have the questions and the requests that set new insurance coverage possibilities into motion. I’m fortunate to have this community as my spring board.”

Being closely involved with horses has become so important to the Jarvis Insurance Agency that virtually all of its employees are currently active or have been active in many facets of horse ownership.

“I count the Jarvis employees among the company’s greatest assets,” says Kimberly. “Among them are real experts in literally every aspect of the horse and insurance businesses. Most Jarvis employees and agents own horses, so as a group we are particularly empathetic to horse owners and their problems. I am proud to say that we can still be reached 24 hours a day; seven days a week from anywhere in the world. When people call us with a problem, they reach a live person, and can immediately speak with an agent. We don’t believe in answering machines.”

In this day, particularly in America, it has become a rarity for businesses to carry on within a family for more than a generation or two. The Jarvis family is well into its third generation and contemplating its fourth, as Kimberly’s daughter Brooke Marie Witter Jarvis considers joining the family business. Brooke Marie is now 16 and has been a rider and exhibitor for 12 years. As she makes her college plans, she is preparing to join the company by including courses on animal husbandry as well as business. Fortunately for Brooke Marie she comes from a family full of Arabian horse owners and breeders. Her mother’s sister Sandy is well-known throughout the Arabian horse industry and works for Freedom Health, a company that specializes in innovative products for the horse and horseman. Sandy’s husband is the world famous Arabian horse photographer Stuart Vesty. Both Sandy and Stuart dote on their niece and provide her with lots of support and assistance for everything she wants to do, but especially within the world of horses.

When Brooke Marie was twelve she participated in a project at school that involved her writing about a true historical event. She chose to write about the Polish Arabian stallion *Witez II and his departure from Poland during World War II. The story emphasized the fact that the horses were ‘taken’ from Poland as prizes of war by General Patton, not ‘liberated,’ and that they were never returned to Poland after the war. The report, entitled Enduring and Surviving WWII – A Young Horse’s Encounter with World Leaders was written with the information and assistance of several American and European Arabian horse historians and writers, including the well-known Arabian historian and magazine writer Christy Egan, as well the Janow Podlaski Stud Director Dr. Marek Trela and his wife Magda.

“Brooke Marie’s teacher called me personally to come down to the school.” says Kimberly. “She was very adamant when she told me that the story was supposed to be historically factual. They were still dubious and argued with me when I confirmed the story and then outlined Brooke Marie’s resources for them. Brooke Marie came under some serious pressure for that story and its implications, and really stood her ground about telling the truth. I was very proud of her. She ended up winning the contest at her school, in the school district and finally, in the state of Ohio. Her work would have gone on to compete nationally but Brooke Marie was too young.”

“Make no mistake,” Kimberly says, “Our involvement with Arabian horses at so personal a level has its price. We know the horses that Jarvis insures as well as we do the people. When the unthinkable happens, we are very affected. Ours can be a business of tears and emotion. We cry along with our friends and personally mourn the loss of our horse heroes.”

“I must admit that I consider myself truly blessed because I have the opportunity to work with so many wonderful horses, owners, trainers and breeders worldwide,” Kimberly says. “I may never own a Salon du Cheval champion, or ride in the Olympics, but we have insured many of these great horses. It’s given us a place in their lives and a share in their victories and accomplishments. I think sometimes that if you can’t own them, perhaps the next best thing is to be a part of their support group and insure them … and that we can do.”